I’m a biologist specialized in herpetology, in fact mostly focusing on frogs.

Even though for the last years I mainly worked on neotropical frogs systematics, phylogeography, biogeography and evolution, I’m interested in all aspects of their biology …. 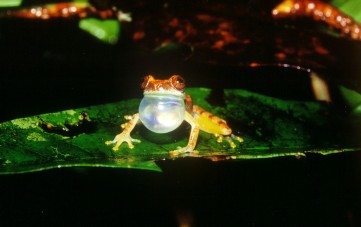 This is the place where to tell a little bit about my life I guess.

My interest in amphibians is a long story starting with the frogs and newts of the ponds around my parents house in western France. Only years after, I found feral populations of Xenopus in the very same ponds. The conservation of native amphibian fauna in France was already worrying… the arrival of these guys made the situation even worse. Sadly, I can hardly find anymore newts there.

After high school, I obtained a technical degree in nature conservation and management. Then I travelled to Costa Rica and French Guiana and well… I realized there was so much to do and to learn about tropical herps that I decided to go back to school. I got my Masters at the University of Poitiers and Tours (France). During this master I undertook a study on the reproductive biology of Ameerega hahneli. My first 2 months in the forest of French Guiana in Nouragues reserve… 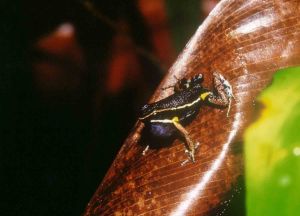 This is when I realized the problems of species boundaries, systematics and taxonomy were plaguing  research and conservation of Amazonian amphibians. Fortunately, a lab in Marseille (Dr. André Gilles; IMBE/IMEP Université de Provence) was starting a research project on the diversity of French Guiana amphibians using molecular data. So I went there for the second step of my master. I learned the basics of the lab and focused on Scinax ruber and Rhinella margaritifera species groups. 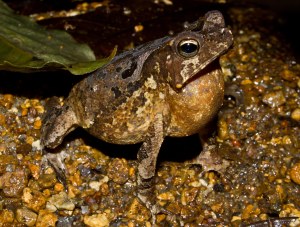 Of course I wanted to turn that research into a PhD. However, for several reasons that did not work out… so I applied for a PhD about Leiopelma‘s molecular ecology in New Zealand. The thing is that I landed in a middle of a storm and.. long story short… finally re-orientate my topic going back studying frogs of the eastern Guiana Shield.  I’ve been given a chance to stay in NZ with Neil Gemmell for supervisor (University of Canterbury) and working in collaboration with Marseille University.

It went very well and I really enjoyed my time in NZ. I undertook some field trips in FG, Suriname and in Amapa (Brazil) where I first met Miguel T Rodrigues. These trips were funded by the college of Science of UC and by NZ education. Eventually, I obtained a 5 months postdoc to work on Leiopelma hochstetteri after the PhD (I finally made it, I haven’t left NZ before to work on these frogs). 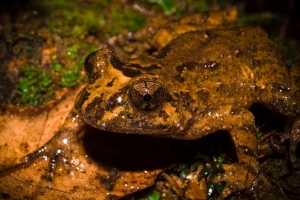 Then I’ve been hired for a one year postdoc in France (ATER), back to Marseille. I had to teach and participate to research on palearctic fishes. I also obtained a grant from the “amazonie-programme” of the CNRS and went back to French Guiana again for a population genetics study on Adenomera andreae along the Approuague River. 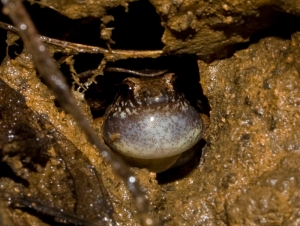 I obtained a 2 years postdoc at the Universidade de Sao Paulo funded by FAPESP, Brazil, with Miguel T Rodrigues to work on a large scale systematics of the Adenomera genus. Living in a 20 millions people South American city is definitely not my cup of tea but people at USP were really great and everything was there to produce a big piece of work. Besides, miguel organized a few incredible field trips up the Purus river and in Roraima. During these 2 years I’ve been also lucky to be involved in many side projects, even about lizards hemipenes with Pedro Nunes… 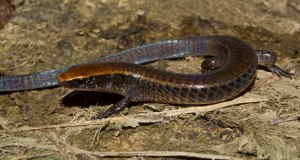 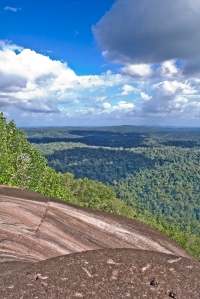